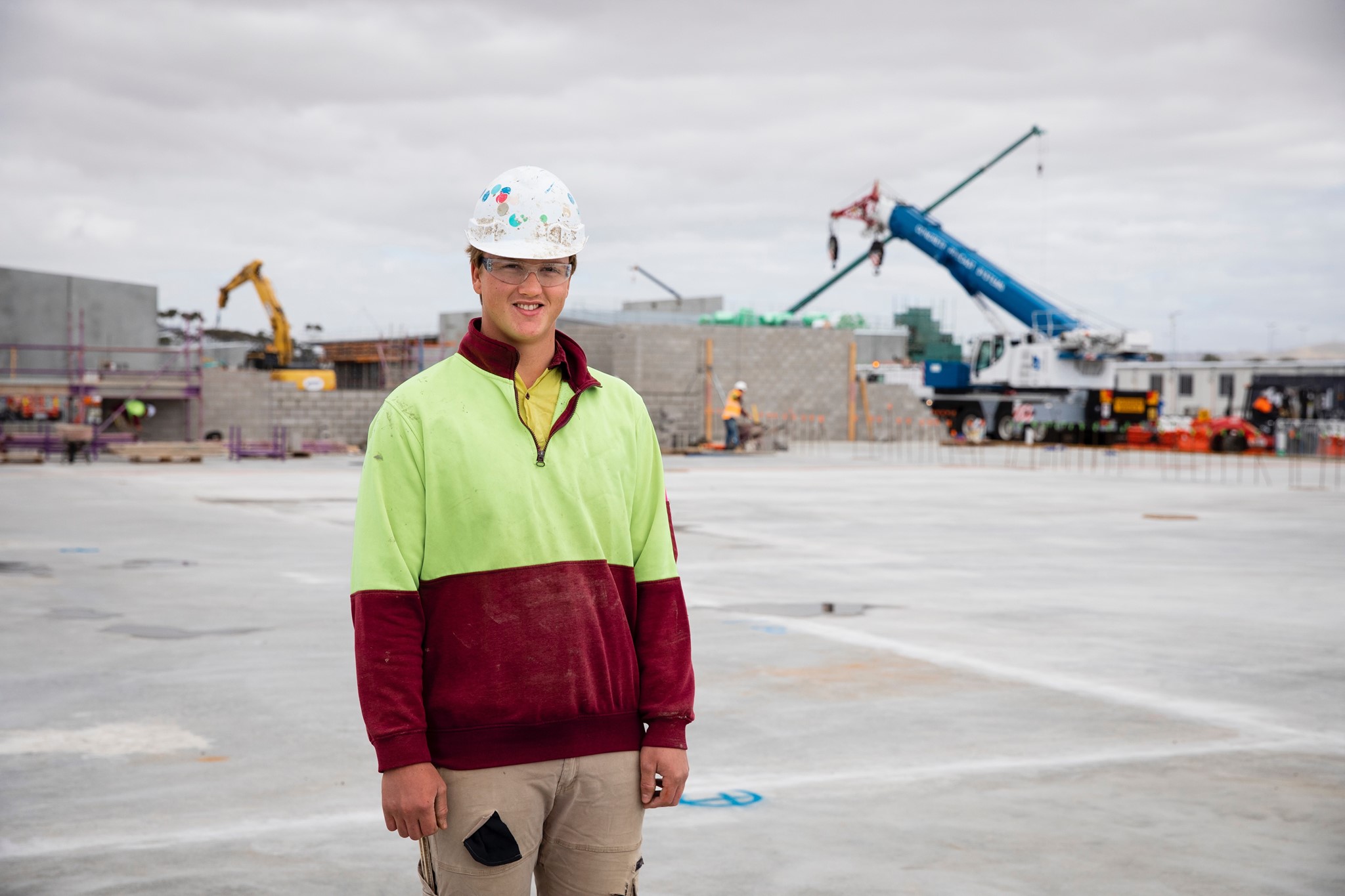 Roy Caruso, Administration Manager of Caruso Bricklaying has provided this story relating to Being Inclusive.

John Holland Group joined GROW in mid 2020 and suggested that Caruso Bricklaying do the same. Ben Caruso and the Caruso Bricklaying team did so to support and offer pathways to young workers in the construction industry, to continue their work supporting local social enterprises and to meet and work with other like-minded businesses.

Their apprentice Jaycob who was originally celebrated in the story below has just recently been awarded Southwest Regional Master Builders ‘Apprentice of the Year’.

“We’re very proud of Jaycob, he’s worked hard and has come a long way – he is a deserving recipient of the award. The change in him since he started with us in Feb 2020 is noticeable. He is more confident, has learned so much and continues to excel in his workmanship as a bricklaying apprentice.”

Jaycob is working as an apprentice bricklayer (for Caruso Bricklaying) on the new prison at Chisholm Road, as one of the trainees, cadets and apprentices completing a total of 300,000 labour hours on the project.

His road here wasn’t straightforward. Two years ago, Jaycob faced significant challenges – he’d become disengaged from school and didn’t see a clear pathway into work. But through the Regional Industry Sector Employment (RISE) program through the City of Greater Geelong he gained trade skills and support to complete his Certificate II in Construction Pathways.

Supported by RISE, Jaycob gained an apprenticeship with local Geelong masonry company Caruso Bricklaying to work on Chisholm Road. Now, Jaycob has gained confidence, (and has now) became a valuable team member and is about to complete the first year of his apprenticeship.

As well as having the opportunity to work, learn and earn money, Jaycob says the Chisholm Road prison project has given him a more positive outlook.

“My future feels bright with the people I’ve been working with, and being able to work on this big project,” he says.

Jaycob is one of more than 800 workers now on site at Chisholm Road – one of the region’s largest construction projects – building a modern and secure corrections system that keeps Victorians safe.