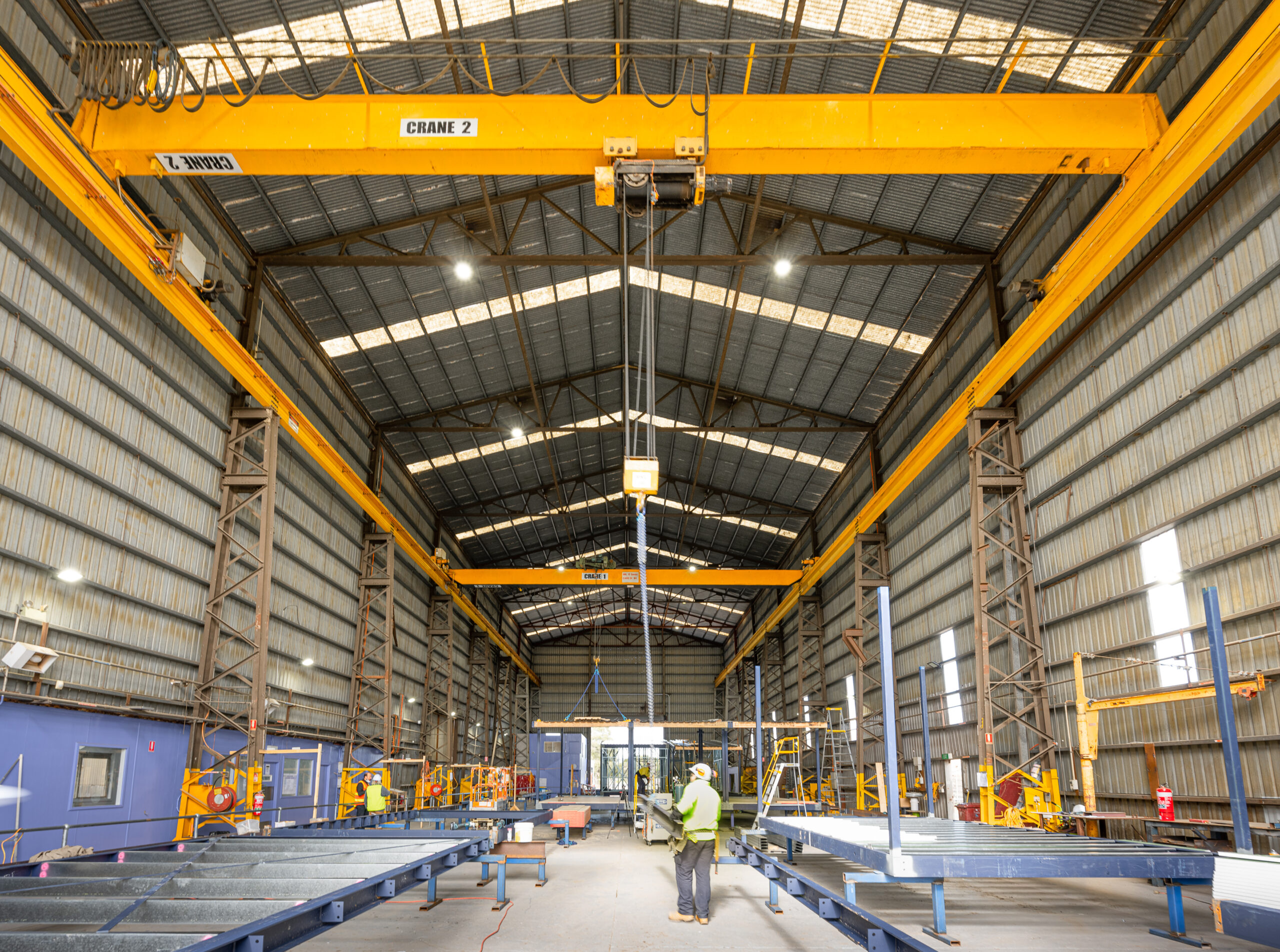 Craig Whitford of Rendine Constructions has provided this ‘Be Inclusive’ story (create safe and supportive workplaces for all our community).

Please provide a brief background and some context:

Rendine Constructions joined GROW in 2018. As they work with local architects and engineers, purchase local products such as steel, flooring, roofing, windows and use local sub-contractors, they were clearly already an exemplar of the GROW philosophy to ‘Spend Local’, which calls on participants to ‘buy from local businesses to help the local economy and create jobs’.

Modularity by Rendine is the company’s commercial modular building arm. Using Modularity, Rendine can design and fabricate built sections at its factory in Moolap which are recombined on the client’s site. The benefits of modular construction include fast construction and installation, higher levels of quality and material efficiency, and greater cost certainty for the client.

Rendine’s GROW Action plan initially included a partnership with Transition to Work, with a focus on young people for potential work experience.

What steps did you take to make a change?

Glenn Robertson, a Headstart* coordinator for the Barwon Area, had previously met Rendine in 2018. He reached out in March 2021 to Rendine General Manager, Michael Thornton, about a young person interested in becoming a framing carpenter.

Glenn: “I met Rendine originally as part of the Executive Loan Program for Give Where You Live Foundation, and was impressed by their positive business culture. I drive past their Modularity factory every day, and so contacted Michael again to talk about the opportunity to give a young person some skills.”

Michael: “While our Modularity factory doesn’t use timber frames, the construction principles are fundamental and transferable knowledge for anyone learning. We were keen to give this young man the opportunity to have exposure to a worksite, to support his learning and further his opportunities to gain employment.”

What was different after the change?

What was the outcome?

“Initially it was just for 10 weeks, but Aden was keen for more experience and learning, so Rendine agreed to extend to 20 weeks. Having this work experience on Aden’s resume and having a professional referee to talk about his work and his attitude is immensely helpful to Aden’s pathway for employment. He is that much more employable now … employers like Rendine can make the world of difference to giving someone a headstart!”

* Headstart is about school-based apprenticeships and traineeships at state schools, supporting the student beyond secondary school until completion of a Cert III qualification – ie. apprenticeship or traineeship. This support can last up to five years.