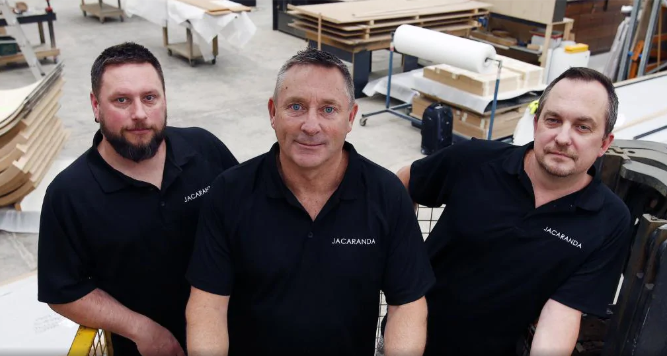 Rita Koritsas, Sales and Marketing Manager of Jacaranda Industries has provided this story relating to Be Inclusive

Please provide a brief background and some context:

Formed in 2004 and based in North Shore, Jacaranda Industries, a commercial joiner first became aware of GROW in 2019 through a conversation with Melissa Raby at John Holland whilst tendering for the Chisholm Road Prison Project.

With ten percent of their team living in GROW target postcodes, this framework became a strategy underpinning their business values and commitment to diversity and inclusion, thereby attempting to improve inequality and disadvantage faced by many in Corio, Norlane, North Geelong and Bell Park.

What steps did you take to make a change?

With a team of over 100 staff with several staff members being long serving the need to supplement youth across the whole organisation from office to factory is ever present.

What was different after the change?

This Indigenous job opportunity occurred after John was invited to a presentation by Yurringa, an Indigenous employment organisation based in Shepparton, to hear about their service. John heard about Yurringa through Lendlease.

A formal agreement was later signed between the organisations with a symbolic artwork created on the beach indicating the business alignment.

‘Daniel Briggs support from Yurringa cannot be overstated and knowing there is extra mentoring for both Alex and us makes all the difference. For Jacaranda to get the opportunity to learn about and understand cultural difference in turn helps to shape expectations and support good communication’.

What was the outcome?

Alex, coming from a trade and mining background and a proud Yorta Yorta and Gunai Kurnai man had become unemployed due to the Covid-19 pandemic.  Alex reached out to Yurringa and was introduced to Jacaranda and a match was made.

Alex was employed as a general hand initially, so that Jacaranda and Alex, could both decide which roles interested him. Alex has since been offered a Cabinet Making apprenticeship working on the job and studying his Certificate III through Victoria University in Sunshine.

Alex says that working with a company that is as welcoming and supportive as Jacaranda is a new experience for him.